Puberty Kicked My Ass… and still did over the years

Media Programming the Public, is a sort of Brainwashing 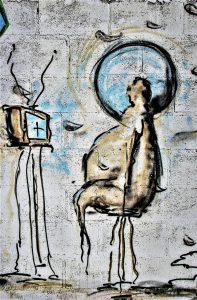 We develop info and data onto ourselves in a continuous loop… like a constant repetitive brainwashing system.

Like a cellphone, we are constantly looking at to feel intelligent.

I’d like to bring to your mind the techniques I’ve come to understand about the media, and their use of dramas to captivate our minds.

Emotional passions are used to sway our public opinions to feed their hidden agendas.

Hidden agendas do exist, between each other individually too. We ask a neighbor to do something, that we can’t do, and hope they will… thus the hidden agenda.

Not as extreme as the mainstream media, but subtly cloaked in love’s robe… there was a hidden agenda.
He could pick up the big can of gas, and pour it into the smaller can, and I couldn’t do it, cause I’m in a wheelchair, and don’t have the mastery of balance to fuel the generator during a power outages, so I need a smaller can.

We all need help at times… but the media is acting, as if it’s doing you a favor with the  news.
Only the data is meant to manipulate you, unaware that its propaganda.

The disillusionment of mankind is a detrimental disease, that needs to be cured. If we are ever to feel good about ourselves.

We need to be made aware of the data… or educated about the data.
Freely, and not obfuscated by big words or hazy terms.

There is always a price, and not by grace in this world.
We get oxygen that fills our lungs by grace, why not the other graces in this world too.
Oh I forget we have the king of darkness running the world, and is hording all the graces.

Not to go off on the tangent of the metaphysical nature, but I address the core of the problem, rather than  dilute the problem. 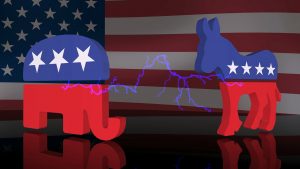 The news stations run the debates, as if they’re reporting the news. They have the corporate agendas to fill, so I wonder how unbiased they are… since corporations are ruled by profits.

Paul wrote in the New Testament that the love of money is the core/root of all evil acts in this world.

So true is that statement, cause I saw that before I read it… every problem in this world was made by people looking for gain. Well, that still goes on today… and even more prevalent than during the ancients times, with the increase in populations today.

The Operation Mockingbird, was where the Government recruited media organizations to serve the govt to pass their propaganda, they learned it from the Soviet Union.

CNN was funded by the intelligence community, I suspect.

It was the first embedded news organization to go to the start of the invasions of modern wars in the middle east. It led the charge to TV coverage of the 1st invasion of Iraq.

Now it is running the DNC Presidential debates, and not sharing without taking the data of who is looking at it, and feeding their databases for their social engineering experiments.
Project Veritas has been exposing what’s going on there at CNN.

All the other new stations have govt agents running the scripts to fill in the public with their propaganda. They say all the same stuff, like they’re reading the same script.

Conan brought that into focus for me/us. 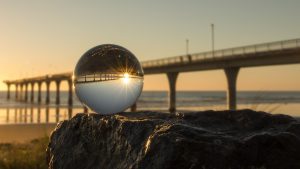 Propaganda manipulates.
News stories informs the public.
The facts are they true, or are they the spin of clever social engineers?

I tend to think they are all manipulations… even the true facts.

Even the devil, uses the truth to misinform and disinform the people. He’s been doing it before time was established on Earth.

He plants his weeds, and they take over and propagate uncontrollably, and invade other plant’s territory.

We have a lot of error filled truths, which are basically lies. We have liars running the news channels, and picking our presidents.

I long for the truthful days, when we could trust one another… but we’re too concerned with money and power, and we are paranoid of everyone.

We create tools to guard our anonymity, I wonder why… I get sucked up into the hype of anonymity.
As if it protects us from accountability.
Only temporarily, as would this life.

The Australian aborigines claim that life is only temporary, and I agree with them… we all go to the same place after we fall asleep/die.

So thank God for the time we have here, “it’s temporary”… and don’t be conned by CNN, and all it’s other proxies setup by Operation Mockingbird’s propaganda machine.

The media channels are only journalists… they don’t acquire all the news. They gather data only, that we need to bring to a conclusion.

But with their biases, they assume and speculate and report it as fact… thus crossing the line of propaganda, with an agenda.

The public are their victims… myself included.

This is a Youtube Playlist and there is assorted videos to choose to play from.

“Keep your head up in failure, and your head down in success.”